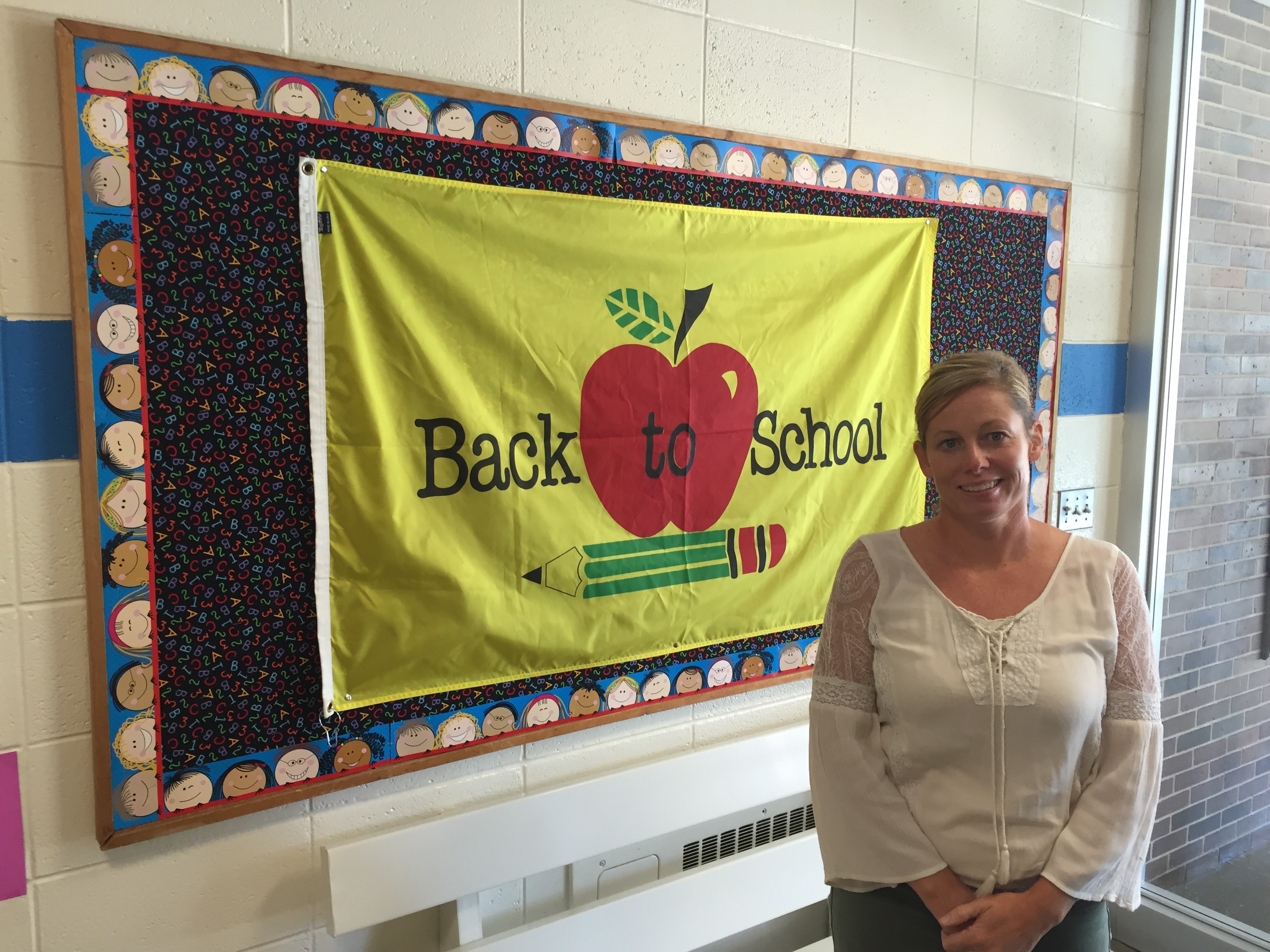 Jenny Moats and Taylorville Citizens for Education prepare for next phase of advocacy.

The fight for equitable school funding has inspired parents, educators and administrators across Illinois, but there may not be a less likely advocate and coalition leader than Jenny Moats.

“It’s been a learning experience and an eye-opener for me,” said Moats. “Politics were really not my thing. I’m really brand new to all of this.”

Moats and other parents were in a Taylorville CUSD 3 school board meeting in early 2016 when they learned of major cuts to education funding due to the state budget standoff taking place in Springfield.  Moats was stunned to learn that the cuts would disproportionately impact lower-income school districts that rely on state funding and have a limited property tax base.

“I’m probably like a lot of people in the state of Illinois who didn’t have a grasp of education funding in the state,” said Moats, a school nurse and mother of three. “I thought well everybody is doing that. Everybody is cutting back. It got us upset at how inequitable and unfair it was. Some kids are looked on as more important than other kids just based on zip code.”

Moats and 11 other parents soon formed Taylorville Citizens for Education and joined forces with Funding Illinois’ Future, a coalition of school districts and community partners, including Advance Illinois, that convenes to advocate for equitable funding.  Citizens for Education became increasingly active, setting up a social media presence and traveling to rallies in Springfield and Vandalia, as an equitable funding bill moved through the General Assembly last spring. The Taylorville group inspired parents elsewhere, too, and similar groups in Hillsboro and Pana started a few months later.

“It got to the point where a handful of parents in Taylorville weren’t going to sit quiet,” Moats said. “This is more important than anything right now. Everybody deserves the same chance.”

Taylorville’s funding difficulties date to 2009, when the state began the practice of “proration,” approximately a 9 percent cut to state funding for schools. The cut hit low-income schools particularly hard, and proration alone has led to a $1.4 billion decline in state funding since 2009. In Taylorville CUSD 3, a district in which more than half of students qualify for free and reduced-price lunch, that’s meant a cut of $3.8 million during the last five years. The school district has closed three elementary school buildings in recent years and laid off nearly 30 percent of its staff. Class sizes of 30 or more are common in junior high and high school. As school opened this month, the district cut funding for transportation, meaning junior high and freshman athletes would no longer be bussed to games.

“Proration opened a Pandora’s box,’” said Dr. Gregg Fuerstenau, superintendent of Taylorville CUSD 3. “We’ve maintained academic integrity, but if we don’t get [funding] right, we will have to look at courses.”

Seventy miles south of Taylorville, in the former coal mining community of Sandoval, pro-ration and chronic underfunding have led to wrenching cuts in a community already challenged by generational poverty. Art, library, physical education and foreign language classes have been eliminated. And one music teacher covers all of K-12, including band and choir. The district lacks a social worker, even as one is needed for participation in a county anti-truancy initiative.

“We have more students who need services and a limited number of staff,” said Jennifer Garrison, Superintendent, Sandoval CUSD 501. “We’re trying to move from low-performing to middle-of-the-pack to high-performing [per state mandate]. Expectations are higher with less money.”

After a nearly year-long budget impasse, the General Assembly passed a stopgap budget in late June that ensured that schools would open on time this fall. However, structural reform is still needed: Illinois remains 50th in equitable funding in the nation. For every dollar Illinois spends on a student with average means, the state spends only 81 cents on a low-income student. While members of Funding Illinois’ Future are encouraged by the Governor’s creation of the Illinois School Funding Reform Commission, much work remains in solving long-standing inequity.

“We have to continue this [funding] work to meet the needs of students today and into the future,” said Fuerstenau. “We have an obligation to provide children with the best education we can so they’re prepared for work, for the military or for higher education.”

As students return to class this fall, it’s a sobering reminder that even as far more dollars are spent per pupil in wealthier districts, research shows that students in low-income districts need additional resources if they are to meet achievement and proficiency standards.

“We have more students who need services and a limited number of staff,” Garrison said. “We’re trying to move from low-performing to middle-of-the-pack to high-performing [per state mandate]. Expectations are higher with less money.”

In Taylorville, Jenny Moats and other parents are ready to mount another advocacy push that will end underfunding once and for all.

“We don’t care what you call it, or who comes up with it,” Moats said. “We just want to see something equitable.”