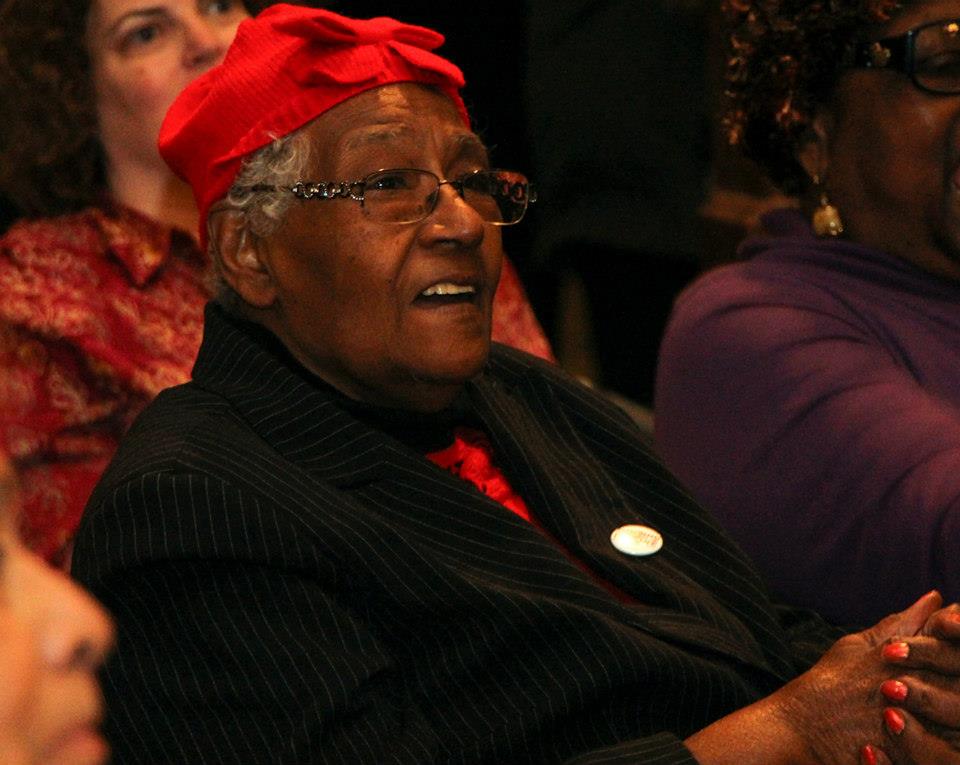 Wynell Verrett-Butler, a great-grandmother and resident of Dixmoor, is a dynamic force in the fight for a fair education system in Illinois. Of the roughly 3,600 people who live in Dixmoor, a south suburb of Chicago, 86 percent of students are low-income, 23 percent are English learners and 15 percent have disabilities. In 1986, Butler became involved with the inception of what would later be an influential agency for improving social issues in the South Suburbs – the South Suburban Action Conference (SSAC).

South Suburban Action Conference (SSAC), a coalition member of Funding Illinois’ Future since 2014, brings together grassroots organizations to have a major voice in shaping the futures for the people of their communities. Over the last 31 years, its accomplishments have been vast, unprecedented and nationally recognized, including winning improvements to housing and economic development, addressing drugs and public safety, advancing civil rights of immigrants and expanding access to health care.

“School funding is our number one priority right now,” said Wynell Butler, Vice President of SSAC. “In order to give all children an equitable education, the system will have to level the playing field.”

Wynell Butler says that despite progress in education reform, Chicago’s South Suburban schools are still inadequate and inequitable and Illinois’ broken education funding system is making matters worse. She is determined to give an equitable education experience to not only her 11 grandchildren, but to all children being shortchanged by the state’s outdated funding formula.

Over the past three decades, Butler has educated parents, teachers, superintendents, and legislators in both Illinois and Washington D.C. on the affects of the state’s last-in-the-nation rank in school funding and won’t stop working until her goal is reached. She insists the process starts with providing low-income districts the same quality computers, textbooks and field trips as kids in wealthier districts.

“A child in 5th grade should have the same exposure whether they live in a community with concentrated poverty or up on a hill in a mansion,” Butler said.

Wynell Butler was just an eighth-grader when she made the decision to fight against unfair education practices. In the early 1950s, it was not easy growing up in the segregated southern town of Homer, Louisiana.

“I had to walk 3 miles to school every day and would see the white children riding the bus to a school even closer,” said Butler.

She attended an unheated, one-room schoolhouse with all the other African American 8th graders in Homer. She often thought about how she could make her education system fair for all students. “I always felt that when I was older, I would want to do something about it,” she said.

After graduating from Homer Colored High School, Butler landed in the Chicago area where she married her husband, Thomas Butler, attended college and had children. It was in the South Suburbs where Butler experienced the same inadequacies and inequities as her younger years in Louisiana. She noticed that students were not afforded the privileges of their counterparts in the wealthier school districts outside of her community.

Butler underscores that fixing Illinois’ broken funding system will help all students have the same education experience and emphasizes her hope in Representative Will Davis’ funding bill filed in early February. Butler points out that Rep. Davis was one of the legislators she spoke to about the inadequate schools in her community.

“Rep. Davis has taken everything we’ve said to heart.”

She believes that Rep. Davis and others working on fair funding reform are familiar with the needs of the communities they are representing and are working tirelessly to bring equity to Illinois children. This newly introduced bill will provide any new dollars to the highest need school districts first, while taking community’s local resources into consideration. It also identifies a school’s funding need, based on the individual students within that school. Butler urges people to come together to push Davis’ bill forward.

“Rep. Davis is still on the battlefield. Now, we all need to say enough is enough and bring justice to this land.”

Read ‘Whose Moral Values?’, a poem written by Wynell Verrett-Butler